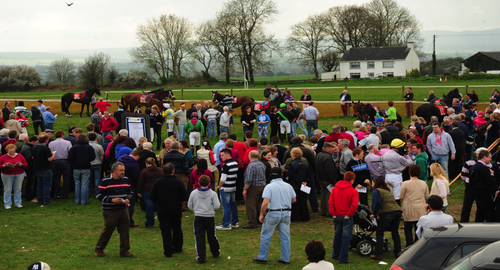 **Please note that the fixture on October 25th will take place behind closed doors with no spectators permitted to attend due to Government restrictions associated with the ongoing Covid-19 pandemic.**


The town of Doneraile, in North Cork, is situated in the heartland of National hunt racing history. It was in Doneraile in 1752 that the first recorded steeplechase finished at the spire of the local Protestant Church having started over 4 miles away in Buttevant at the spire of their local  Protestant Church. Since 1752, North Cork has continuously held centre stage in national hunt racing.

The great Dr. Vincent O’Brien started out training in nearby Churchtown. In recent times Silver Birch, bred by the Power family in Shanballymore won the Aintree Grand national in 2007, providing leading trainer Gordon Elliot with his first winner. Jim Culloty sent out Lord Windemere to win the prestigious Cheltenham Gold Cup from his Churchtown base.

Doneraile point-to-point was first held in 1974 on the lands of the late Con O’Keeffe, a staunch supporter of point to-point racing during his lifetime. It was appropriate that the first winner was one of his horses, Westlander, ridden by his son Brian. Another favourite during the early days was a horse called The Black Watch owned and ridden by Bill Elliot.

In more recent times, the Doneraile Point-to-Point has been held at the nearby Dromahane course. Dromahane is one of the premier point-to-point tracks in Ireland, always providing competitive action. One of the recent Cheltenham winners, Black Hercules, won his maiden point –to-point at the Doneraile meeting for the renowned Mullins family.

From Mallow- At the roundabout take the N20 for Cork and continue out the road and take the R620 to Dromahane. In the village of Dromahane turn left up the hill. Continue up that road and veer left, (not to bweeng). Take the first left up that road. Use Eircode P51N6TO. It will be signposted from main road.

From Cork - On the Cork Mallow Road N20 turn left for Dromahane on the R620.In the village of Dromahane turn left up the hill. Continue up that road and veer left, (not to bweeng). Take the first left up that road. Use Eircode P51N6TO. It will be signposted from main road.

From Killarney - On the Main Mallow to Killarney Road (N72) on Navigation Road take a right on to the R621 and follow the road signposted for Dromahane. Use Eircode P51N6TO. It will be signposted from the main road.

Our point-to-point is located forty five minutes from Cork airport.

We have a selection of tea, coffees and minerals available from the catering company and the shop.

No, we do not have an official dress code we just advise our race goers to dress warmly with waterproof shoes or boots.

Dogs are very welcome, but need to be kept on a lead at all times.

Yes, we welcome visitors to bring their own picnics or refreshments.

Weather permitting we will have a free bouncy castle.

No we do not provide an ATM so we recommend that you make a stop in the nearby town of Mallow on your way to the races.

Children under 16 are free and when weather permits we have a free bouncing castle.

Our point-to-point is located half an hour from Cork city which makes it extremely accessible for visitors to combine a city break with a day out in the countryside.